7 cadets were selected from Ludhiana group 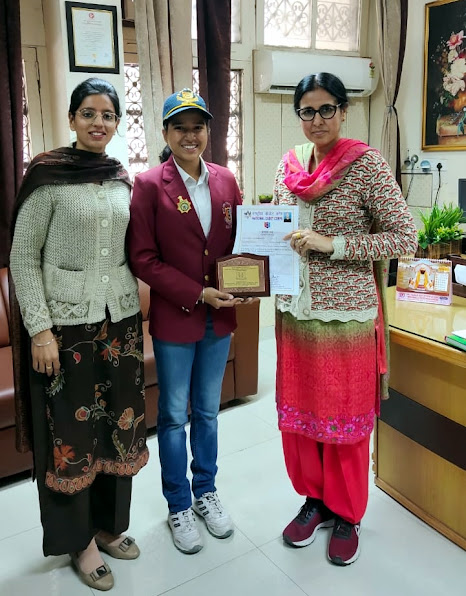 It was a proud moment for Govt. College for Girls, Ludhiana as its proud NCC cadet girl CPL Armaandeep Kaur became a part of NCC contingent for RDC, New Delhi.
In the event She proudly represented Punjab, Haryana, Himachal Pradesh and Chandigarh Directorate.

She has put all her heart and soul in the training since the very first camp conducted at NCC academy, Malout. During the camp, she was a part of Best Cadet Competition, Flag Area Competition, Drill and Cultural Event. She was selected as the Best Cadet in SW Army wing group level. Later in Ropar, after going through various selection procedures she was the only SW Cadet of Army wing from Ludhiana Group, who was able to make in to RDC 2022. Principal Mrs. Kirpal Kaur and Lt. Jasdeep Kaur (ANO) congratulated Armaandeep Kaur for bringing laurel to her institution by scaling new heights and setting great examples for the students.